This article, written by Nate Jenkins, first appeared in the March/April 2015 edition of our magazine.

The tempo run in one form or another should be a cornerstone workout of every distance runner’s program.  It is the shortcut to race specific aerobic fitness. For the marathon runner, I’ll focus on three main types of tempo runs: the threshold, the marathon paced tempo, and the specific distance tempo.

As with all workouts I discuss, the key is not how you do it once but how you progress over the course of a training cycle to create improvements in your racing.  With tempo runs the best way to improve them is to increase the distance rather than the speed.  Speed increase can then follow when you shorten them back up.

This is generally what most people think of when thinking of tempo runs.  It is twenty-five to forty minutes long and run at about the pace you could hold for an all-out race that lasts about an hour. For one person this might be around half marathon pace, for another 10 mile pace, and for still another 10k pace.  Everyone, no matter his experience level, should start with a tempo of only twenty to twenty-five minutes and repeat it every week or two during the base phase of marathon training, increasing the distance by three to five minutes each time out.  You will be surprised how readily you are able to increase the distance.  Once you reach thirty-five to forty minutes you can increase the pace by about five to ten seconds per mile and go back to the twenty to twenty-five minute length and begin increases as you did before.

Once you get into the last six to eight weeks of your marathon training, you should stop improving this session and just do about thirty minutes every other week.  At this point your focus should be on improving marathon specific performance and the threshold run is about improving general aerobic fitness.

The focus of your specific phase should be the marathon paced tempo.  This too should start in the early stages of the runner’s marathon training.  At first it should be a fairly easy session of only five to eight miles at goal marathon pace.  Every other week increase the distance of the run by a mile or two.  If this workout feels too easy early on, don’t worry—it’ll get plenty hard later in the cycle. As you enter the final eight weeks before your goal race, the marathon paced tempo should hit ten miles or more and maybe even up to eighteen. And if you’re the type of runner that can get close to race efforts in workouts, you can even push this workout up to twenty miles. Caveat: do this only once per training cycle and make sure you give yourself enough time to properly recover.

This is a run that is either the amount of time one plans to run for the marathon or right around the distance of a marathon, say between twenty-two and twenty-eight miles. This type of session is not for everyone but if you are a high mileage runner who is looking for a major breakthrough, try it.  Early in the base phase you can run this session once or twice at 85% to 90% of marathon goal pace.  Then once, at most twice, in the specific phase you can run it at 95% marathon goal pace.  Post workout it is absolutely necessary to take two to three times more recovery days than you normally would for a hard session. This workout is hard to complete and it takes much more out of you than you realize.  But if you recover from it appropriately, you will see a big jump in fitness.

These different sessions should be the bread and butter from which you as a marathoner build the rest of your training program.  In a way, the marathon is the ultimate long tempo run, so it is only logical that you train for it with lots and lots of tempo runs.

Nate Jenkins is a 2:14:56 marathoner and middle school math teacher who represented the USA at the 2009 IAAF World Track and Field championships and once survived an ice bath with Chris Solinsky and Matt Tegenkamp.  He also has a beautiful wife and an amazing dog.

To read more from our March/April 2015 issue, click here. 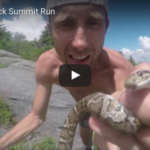 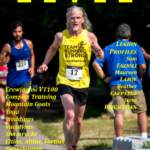