All your renners out there with current USATF-NE membership, you just got served. The annual meeting is this Saturday, September 17 at 3:00 p.m. at the Marriott Newton in Newton MA. From the Association email blast:

The one full membership meeting of the year will have a full agenda, including organizational reports, sport committee breakout session, voting for all positions this year – sports chairs and all officers – and a collection of proposed changes to USATF-NE bylaws.

Voting is open to all members as of August 1 who are age 18 and older.

Directions, complete agenda, and bylaw change proposals can be found at www.usatfne.org/board

The business meeting starts at 3:30, so don’t show up late. You don’t want to miss out on any voting. Why is this a big deal? Well every two years the full slate of Board positions are up for grabs, and this happens to be one of those big election years. Executive positions have two year terms while chairs and representatives have one year terms. Your votes here can have a big impact for the next two years and beyond. Why beyond? Because when a new president is elected, the former president automatically has a seat at the table (and a vote) for as long as the new president is there, which is why Mr. Viegas has been there for the last four years once Mr. Derderian was elected.

To see who’s running for what, and what might be discussed at the meeting, check out:

Last year there was a great presentation by Amanda Wright who tried to answer the question of ‘What would you do with $200,000.00 dollars to invest back into track & field?’. This year, she’s running for president. Important things are discussed and your presence/vote has a huge impact. When you consider that there are roughly 5,000 members in the Association and typically less than 100 show up to vote, you can see how important your one vote will be.

There are lots of opinions out there about how the Association and its events can be improved, but they’ll never be more than just ideas if you don’t at least show up to vote. In the wake of the Seasons 20k race, there was some passionate discussion on a Facebook post by Dave Dunham. There was one comment in particular that jumped out at me,

“I think the road series would get a serious boost from a championship race you have to qualify for at the end of the series. And then, combining with the rest of the season, the championship race determines an individual champion and a team champion. I think that would add a whole new level of commitment and excitement to the series kind of like how the national road series has the .us 12k championship to decide a winner. It would also make every race very competitive and we would all really benefit from it individually and team wise.”

That’s it, right there. That’s the kind of thinking we need. You can help make sure that innovative ideas are heard and that the right people are in place to work together to move the Association forward. We all know that runners are the smartest people around (not to mention best looking, healthiest and downright classiest bunch) so hopefully there’s a big turnout on Saturday where we put our collective intelligence to use (while we class up the joint). 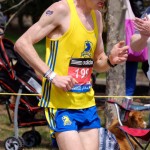 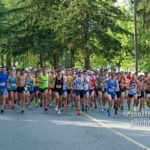 A Tale of Two Teams