Treating runners to a flat, scenic course, the Lone Gull 10k played host to the USATF New England Road Championships for the third straight year. With higher heat and humidity to run in for the past few events, this race was a lot cooler, presenting the treat we all needed for training through the summer. The results were impressive – browse the following paragraphs to find out who the fast runners were and how quick they finished. 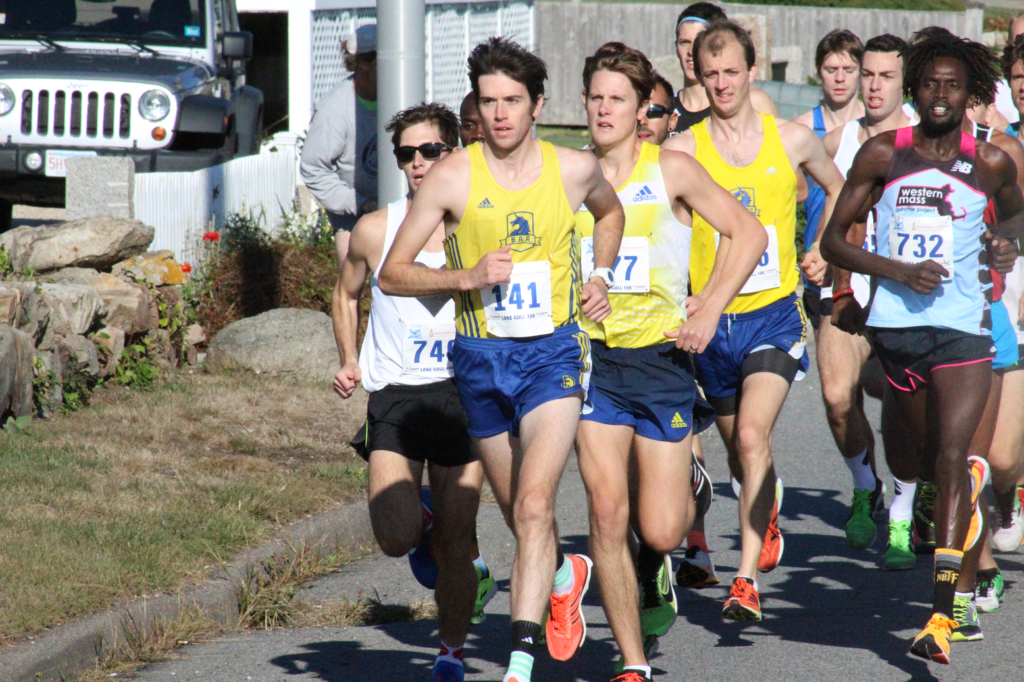 History was made in the men’s race as repeat winner Louis Serafini lead his fellow Heartbreaker teammates to their first ever New England Team Title on the roads. Individually, Louis broke the tape in 30 minutes, 23 seconds after winning a head-to-head duel against 2x 2016 USATF-NE Champ Amos Sang (Western Mass Distance Project). Sang would place 2nd in 30’32. The chase pack wasn’t too far behind as six men traversed the course under 31 minutes. Those folks include the B.A.A’s Matt Fischer (30’42), Whirlaway’s Ruben Sanca (30’49), Team RUN’s Glarius Rop (30’52), and Heartbreaker John Phillips (30’59). Other Heartbreakers involved in their team’s march to victory were John Schilkowsky, David Melly, and Conor Cashin with their 10th, 14th, and 15th place finishes respectively. 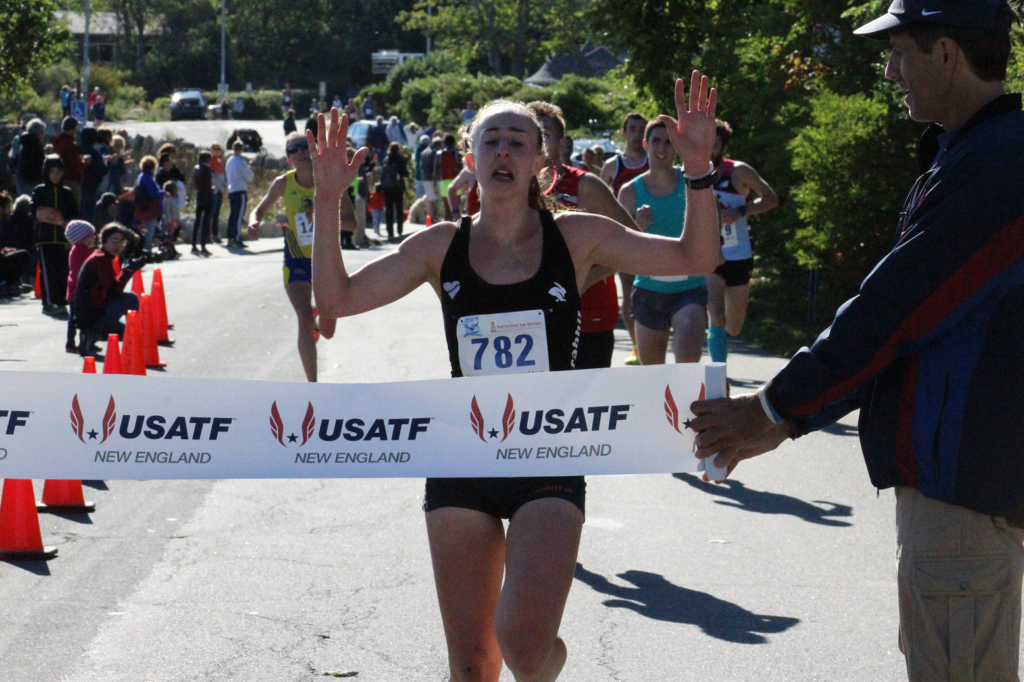 The women’s race also featured an exciting battle of the fittest up front. Repping the Heartbreakers and Rabbit Running Apparel, Rachel Sorna became the third individual to win two straight USATF-NE road titles this year and also garnered a new course record with her 34 minute, 31 second finish. Coming in with that big first series win under belt (and the season series in her sites), Rachel was fueled by the presence of fellow series contender Heather Cappello a handful of strides ahead of her for most of the race. Though getting outkicked by Sorna, Heather’s finish of 34’35 also ellipsed the former course record mark. Rounding out the top five for the women was Greater Boston’s Laura Paulsen (35’28), Millennium’s Keely Maguire (36’08), and Craft’s Bev Atunes (36’09). Maguire’s 4th place finish would lead her Millennium Running team to the Women’s Team title. The Millennium ladies would claim six of the top 17 female positions as USATf-NE 5k champ Laura Hagley (36’17), Christine Shaw (36’40), Dartmouth student Phoebe Novello (36’48), Steph Wilson (36’54), and Lorna Young (37’59 in her first race back from long-term injury) helped anchor the team to victory.

EJN and Kevin Balance may have been a part of the hammerfest on the roads, but Mike Giberti stuck around on the sidelines to capture some race footage below: 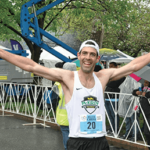 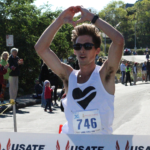