One of the latest big additions to the seemingly unstoppable Heartbreaker squad wasn’t even there to help contribute to their first ever USATF-NE Grand Prix title a couple of weeks ago. Instead of competing on the streets of MA, Jordan Donnelly was off on a business trip in Europe. As you can see from the pic below, that business also included breaking tape on the road.

Jordan won the Nürnberg Half Marathon in 1:11:48, which is not bad for an effort that was “fresh off the plane”.

He only did manage a couple of gulps from ‘Das Boot’, but we won’t hold it against him!

71min Nürnberg Half Marathon in Germany less than 10 hours after rockin to the #RHCP in Barcelona… Now im fucked!! #hebelife #fluglife ? @heartbreakersrc @pumarunning 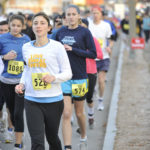 The Chilly Half Marathon is the ONLY ½ Marathon… 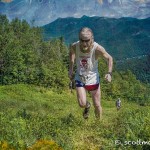