A Hullabaloo on Snowshoes

Snowshoers gathered in Exeter, NH on February 18th for the Exeter Snowshoe Hullabaloo. If you’ll bear with me here, snow is that fluffy white stuff that appears sporadically and teases you for a couple of hours before disappearing into thin air. People used to run and race on it all the time but now it’s a special treat.*

But I digress. They had enough to race in Exeter and race they did. Tim Glickman (Drink Maple) and the famous Leslie O’Dell (Six03/CMS/Level Renner) were the top Hullabaloo’ers in 29:57 and 33:32 respectively. 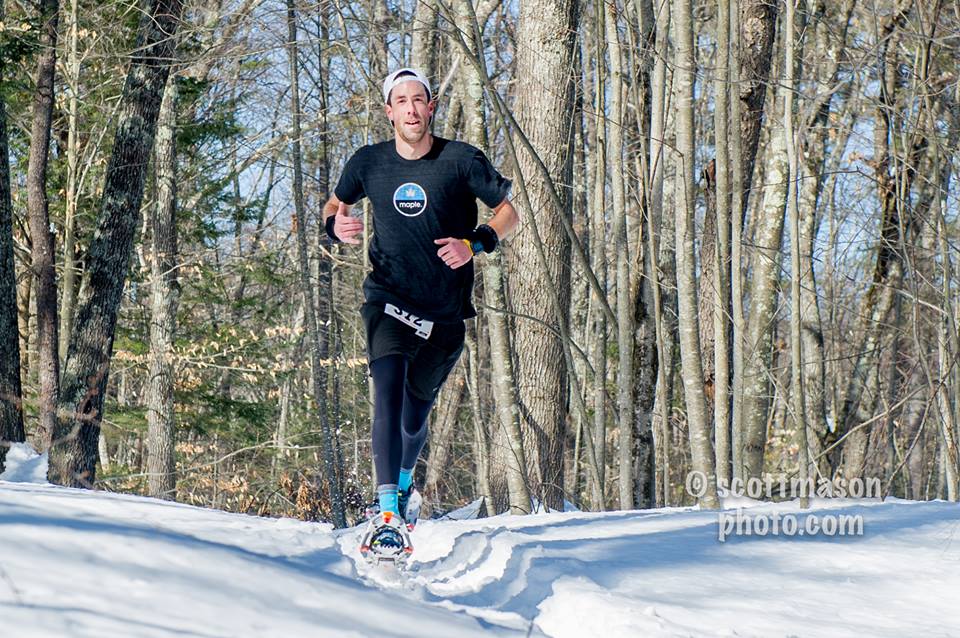 Maple-powered Glickman out in front, courtesy of Scott Mason Photo.

For the men, Matt Picard of FHR was second in 30:36 while Phil Erwin of acidotic RACING was third in 31:12. Six03 claimed the top two women’s spots as Sarah Canney was 2nd (15th overall) in 36:05. Unattached Violet Sullivan was third in 36:24. Someone get her a singlet, quick! 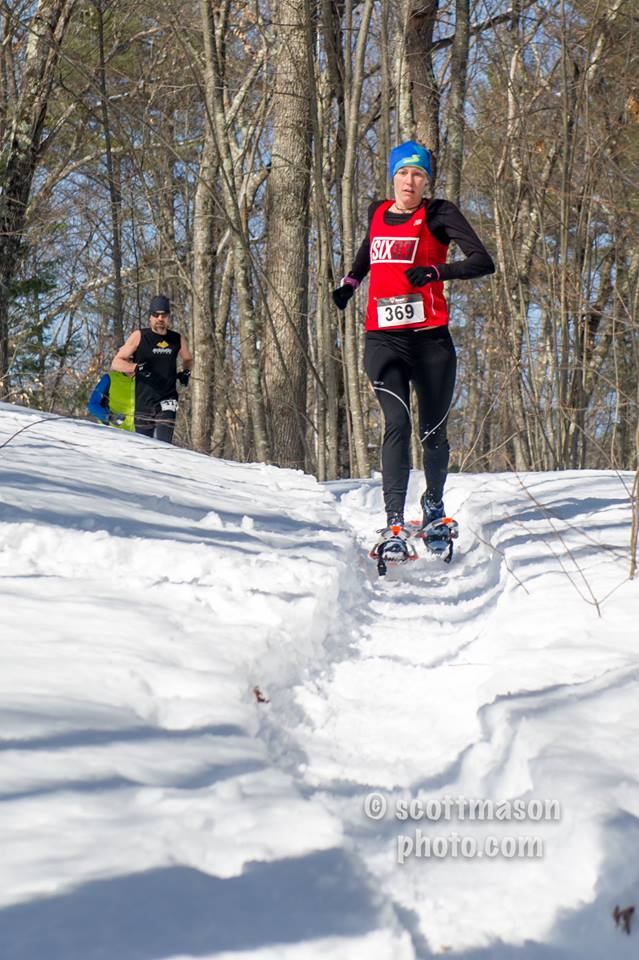 Mason captured the photo-shy O’Dell tearing through the single track en route to the win. Little did she know, there was a gun show happening right behind her.

And in case you still don’t believe that people actually run on snow, here’s motion picture proof courtesy of the fleet-footed Heather Mahoney (whose husband Chris came in 6th in 32:12).

We’d pass along team results (since we’d hate to neglect mentioning a Six03 win, for example), but there doesn’t appear to be any. Next race up in the Granite State Snowshoe Series is the Granite State Snowshoe Championship on March 5th. Super Senior Ed Sheldon and Magnificent masters runner Leslie O’Dell are sitting atop the overall standings thus far. For more on this…

*Forgive my crankiness. I’m not happy that the snowpack disappeared in my town before I could get out to play in it. The snowshoes won’t see any action this year… 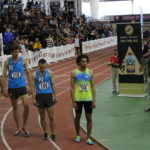 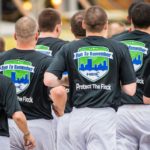 Run To Remember Boston to Bring Back First Responder…