BOSTON (March 1, 2017) – The Run To Remember Boston road race through the city’s historic downtown will again feature a First Responder Challenge, pitting teams of police, fire and other first responders nationwide in the half marathon at the Memorial Day weekend event, organizers announced today.

Run To Remember Boston’s half marathon and 5-mile races both start at the Seaport World Trade Center in downtown Boston on Sunday, May 28. This is the 13th year for the charity event, created as a tribute to Massachusetts law enforcement officers killed in the line of duty. From the Seaport World Trade Center, the scenic loop courses wind through historic downtown Boston, with the half marathon crossing over the Charles River along Memorial Drive in Cambridge before looping back.

The First Responder Challenge consists of teams with a minimum of five runners from any first responder department in the U.S. competing in the half marathon for a chance to win bragging rights and split a cash prize of $10,000 among the top three teams for the charity of their choice. Race organizers also are excited to announce an additional prize of $1,000 for the top department with 250 or fewer active members.

“We just had our Los Angeles (Run to Remember) race and the First Responder Challenge was really popular, so we’re hoping Boston meets the challenge,” Race Director Steve Balfour said. “The invitation is open to any first responders, including firefighters, paramedics and EMTs, from New England and across the country who want to take part.”

Prior to 2016, the challenge was known as the Law Enforcement Challenge and was limited to police departments only. Race officials expanded the program last year to honor a wider net of the public servants who put their lives on the line to protect others, Balfour said.

After transitioning last year to the expanded First Responder Challenge, he added, the goal for 2017 is to raise awareness among non-police departments and get more teams of first responders involved in Run to Remember Boston.

“In creating this fun but competitive event, we want to shine a spotlight on these heroes and the important work that they do,” Balfour said. “We’re hoping to see as many teams of first responders as possible take part on May 28, representing their departments, their communities and each other. Come on, let’s see what you’ve got.”

For more info on the challenge, please contact Brigit at [email protected]

Registration for the half marathon and 5-mile events at Run to Remember Boston is ongoing at www.BostonsRunToRemember.com. Organizers are urging runners to sign up soon as the popular Memorial Day weekend event is already half full.

Run to Remember Boston is produced by a handful of police officers, detectives and their supporters who volunteer their time to create, organize and manage the race. Proceeds benefit the community and children’s programs of the police department running club.

Last year, just over 9,000 runners crossed the finish line in the two races.

For those who cannot run this year but want to take part, donations may be made to Run To Remember Boston and sent to P.O. Box 664, North Berwick, ME 03906.  People can also take part in the race virtually by registering as a virtual participant and running a distance and at a time of their choice. Visit the Run to Remember Boston website for more information.

Articles, Press Release Run To Remember Boston to Bring Back First Responder Challenge for Half Marathon on May…
« Previous Story 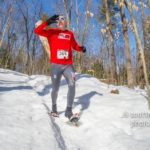 A Hullabaloo on Snowshoes