In just it’s third year, the Friday Night Lights races hosted by Western Mass Distance Project and the Greater Boston Track Club is growing in popularity, competition, and fun. With some incredibly fast fields and near perfect racing weather, this year is shaping up to be the best one yet! There will be elite sections of the 10k and mile featuring some fast athletes, and the put the icing on the cake, the 10k will serve as the USATF-NE Outdoor Championship race. Here’s a little preview of the top guys and gals to tear up the track at Danehy Park this evening:

This looks to be a Greater Boston Track Club time trial as most of their sub-5 ladies from indoor are giving it a go. By the numbers, Aly Ursiny headlines the sea of red with her PR of 4’50.01 from this past indoor. Her teammates Victoria Barnaby and Alison McCabe look to contend with her, both broke 4’55 in the mile this past winter.

The men’s mile could wind up being a dual meet between two of New England’s finest running clubs. Jordan Donnelly and David Melly will represent the Heartbreakers while the BAA also brings in some fast guns – Brian Harvey and Kameron Ulmer highlight the field for the ‘corns. All four of those guys are sub-4’10 range milers, let’s see how fast they can go!

The 10ks will be the marquee events of the night and the women’s race is shaping up to be a thriller. With 12 NCAA D1 All-American performances and an NCAA 10k title while at Boise State, Emma Bates (Boston Athletic Association) looks to be the race favorite. Former Boston University standout Rosa Moriello (Heartbreakers), Semehar Tesfaye (Bradfield LLC), former University of New Hampshire standout Rosie Donegan, and Saucony Hurricane Marci Klimek looking to contend for the win as well.

The night kicks off at 6PM with open races and concludes with a post-race party at the Summer Shack right down the road from the race site. If you’re in the area, stop on by. You won’t wanna miss the action! 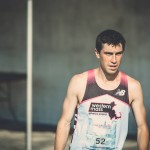