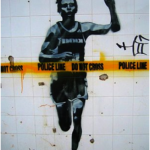 Kevin Balance is the editor and publisher of this magazine.  Level Renner is his vain attempt to replace the void left by the legendary Hockomock Swamp Rat.  He is inspired by hard work and efforts that push man beyond his natural limits.  He thinks such stuff should not go unnoticed. 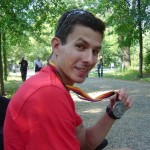 EJN is the web director and second in command of this fine publication/website. Some of his primary duties are finding, writing, editing, and publishing much of what you see on this site. Every run, workout, and race has its own story, and EJN loves helping his fellow runners tell that story. On the roads, EJN has his sights set on lowering his PR’s and helping his team contend for the NE Grand Prix title. He looks forward to sharing his insights with The Level Legion along the way. You can find him on his blog The EJN Show and on twitter @EJN_OnTheLevel.

Joe Navas is a columnist, photographer and existentialist in residence at Level Renner. Never one to shy away from a race or an argument, he’s very gratefully been with the Level from the beginning. Obsessed with music, love, food and footspeed, Joe’s constantly searching for ways to make all those areas louder, stronger, tastier and faster. He humbly serves as a main cog in the Whirlaway Masters Racing Team and pinches himself daily regarding this detail. You can attempt to keep up with Joe by checking out his blog, The Hero With a Thousand Laces. 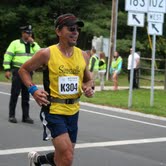 Ray Charbonneau stopped getting faster years ago, but his typing is still improving. Ray lives in Arlington, MA with his wife, Ruth, and their two cats, who only run for food.  Ray is the author of the books Overthinking the Marathon and Chasing the Runner’s High. His articles have also appeared in the Boston Globe, the Christian Science Monitor, Ultrarunning, Marathon & Beyond, and other publications. He is the editor of the anthology, The 27th Mile, whose proceeds go to support victims of the Boston Marathon bombing. Find out more at his web site:  y42k.com. 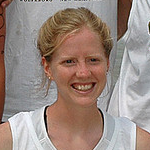 Lesley Hocking is a full-time English teacher and a lifetime runner.  She has set numerous school records at both the high school and collegiate level, the latter at UNH.  Her love of the sport has led her to the marathon, where she has proudly accomplished a 2:48:04 PR.  She and her husband are USATF certified coaches through their website, NERunningServices.com.  They live in New Hampshire with their pet gecko, Helen. 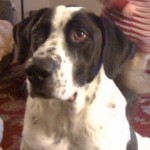 Muddy Puddin’ didn’t find running; it found him.  Although a relative latecomer to the lifestyle (2003), Muddy flirted with the sport in a desperate attempt to tire out his dog Angus.  Although his canine companion has moved on, Muddy’s passion and enthusiasm for running has not.  Look for him on roads, tracks, trails, fields, parking lots, hillsides, beaches, hallways, treadmills, etc.  If you can run it at any pace and under any conditions, you’ll probably find Muddy, sweating away but happy and smiling, continually trying to keep it on The Level. Muddy can be found on Twitter at @MuddyPuddin.

Paul Clerici is a runner, race director, lecturer, photographer, and award-winning writer. In six countries and 20 states, he has competitively run nearly every distance from the mile to the marathon, including 43 marathons (Boston 23 times) and two triathlons. Since 1988, he has covered the Boston Marathon and all things running! Author of A History of the Falmouth Road Race, Boston Marathon History by the Mile, and History of the Greater Boston Track Club books, he can be seen throughout Level Renner-land running in races and speaking at bookstores, libraries, clubs, and historical societies. Like all of us, he loves to talk running!