Kibet (28:28), one of the world’s all-time half marathoners, stretched away from a three-man pack inside Fort Williams in a tactical race to claim his first title in four tries, including runner up finishes in two of the past three years. Moses Kipsiro (28:40) of Uganda outkicked Kenyan Daniel Salel (28:41) for second.

Ayalew (31:56), who ran the second fastest time ever on the TD Beach to Beacon course in 2010 only to place second, this time outdueled Diane Nukuri (32:00) for her first win, also in four tries. Sentayehu Ejigu (32:16) took third while defending champion Gemma Steel of Great Britain finished a distant fourth (32:57).

Also, a new course record was set in the wheelchair division by James Senbeta (21:46), who shaved seven seconds off the previous mark to win his first TD Beach to Beacon title.

The world-class athletes were among a record-setting 6,602 runners from 15 countries, 41 states and more than 265 Maine cities and towns who finished the winding, rolling, often breathtaking 6.2-mile coastal course on a bright sunny morning that quickly grew hot and a little muggy. But heat and humidity did not affect the enthusiasm of thousands of spectators who lined the course and filled bleachers to cheer the runners.

The TD Beach to Beacon (www.beach2beacon.org) is considered one of the country’s top 10K road races, known for attracting the world’s best runners but also for its top-notch organization, community support and the involvement of Olympic gold medalist and Maine native Joan Benoit Samuelson, who founded the race in 1998 and continues to inspire runners both in Maine and globally.

The addition of a $23,000 prize purse for American men and women meant the field this year included many top U.S. distance runners along with the expected world-class athletes from Kenya, Ethiopia and other African nations.

On Saturday, a determined Kibet pulled into the front in the second mile and then remained at or near the head of the lead pack, which included Kogo, Kipsiro, Salel and Jenkins. The pack had thinned to Kibet, Kipsiro and Salel as they entered Fort Williams but by then Kibet had stretched his lead to insurmountable, leaving the excitement to Kipsiro’s sprint finish to nip Salel.

The warm, thick air, together with a tactical first half of the race, resulted in the second slowest winning time in the history of the men’s race on a 10K course known as one of the fastest.

Jenkins, a two-time NCAA champ at Oregon who grew up in Portsmouth, N.H., was able to stick with the African runners for much of the race. He has been turning heads all summer while launching his professional career on the European track circuit, recently clocking a 13:07.33 at 5,000m.

On the women’s side, Ayalew, 28, appeared equally determined after failing to win in her previous three visits to Cape Elizabeth. She and Ejigu, 30, quickly moved to the lead with Nukuri, 30, the two-time Burundian Olympian, who like Ayalew has three previous Top 10 finishes on the TD Beach to Beacon course, including a personal-best 31:52 to finish third last year.

Those three eventually shook Steel, and then Ejigu fell off the pace, leaving a two-woman duel along the homestretch, with Ayalew sprinting in for the win.

Among Americans, Alexi Pappas, 25, of Eugene, coming off a win at the Peachtree 10K in July, finished just behind defending champion Steel and just ahead of Liz Costello, 27, of Newton, Mass. (32:58), who finished fourth at 10,000m in the Pan American Games in Toronto last month.

In addition to a Top 10 overall finish, Jesseman claimed her second Maine Resident crown. She was followed by Emily Durgin, 21, of Standish, a University of Connecticut standout (35:02), and three-time champ Sheri Piers, 44, of Falmouth (35:40), who also won the Open Masters title.

On the men’s side, Decker, a former soccer star at Yarmouth High now running cross country and track at Williams College, took hold in a race without a clear favorite.  Aaron Willingham, 18, of Farmington (32:51) placed second and Robert Hall, 20, of Windham (33:11) took third.

In all, prize money of more than $80,000 was awarded to the runners, including $10,000 for the overall male and female winners, $5,000 for the second place winners and cash prizes for the top 10 finishers and in the different categories. The Maine Resident winners received $1,000.

The Johnny Kelley Award for the oldest finisher again went to 90-year-old Dottie Gray. The 2015 Volunteer of the Year Award was awarded earlier this week to longtime, tireless volunteer Lisa Petruccelli of Cape Elizabeth.

Karen Rand McWatters, a victim of the Boston Marathon bombing who served as the Official Starter for the 2013 race and returned last year to volunteer, was among the finishers on Saturday. McWatters, who lost her lower left leg and wears a prosthetic, walked the course with her husband Kevin McWatters, who was on the Boston Marathon course when the bombs went off. Samuelson greeted the couple at the finish line in one of the most poignant moments of the day.

Samuelson, winner of the first Olympic women’s marathon in 1984, founded the TD Beach to Beacon as a way to give back to her state and community. The route follows the same coastal roads she trained on in Cape Elizabeth. With her reputation, plus top-notch organization and strong community support, the TD Beach to Beach is known and appreciated as a world-class event with small-town charm. The race debuted in 1998 with 2,408 runners crossing the finish line. Online registration now closes in less than five minutes.

The TD Beach to Beacon begins near the Crescent Beach State Park entrance on Route 77 in Cape Elizabeth and winds along tree-lined roads and past dramatic ocean vistas before ending in Fort Williams Park near Portland Head Light, the most photographed lighthouse in America.

The TD Beach to Beacon is directed by Dave McGillivray of DMSE Sports (www.dmsesports.com), who has organized every TD Bank Beach to Beacon and also directs the B.A.A Boston Marathon and other events around the world.

The TD Charitable Foundation is the charitable giving arm of TD Bank N.A., which operates as TD Bank, America’s Most Convenient Bank®, and is one of the 10 largest commercial banking organizations in the United States. The Foundation’s mission is to serve the individuals, families and businesses in all the communities where TD Bank operates, having made $121.8 million in charitable donations since its inception in 2002. The Foundation’s areas of focus are affordable housing, financial literacy and education, and the environment. More information on the TD Charitable Foundation, including an online grant application, is available at www.TDBank.com. 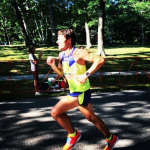 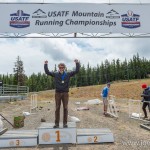 Callaghan Gets National Masters Title in OR