I’m very behind in my reading, there’s no hiding it. I’m not even going to pretend I’m current with this one. Soooooo…did anybody else see the article on Renato Canova in the September issue of Running Times (Canova 101, pg 38)?

I’ll admit I didn’t know much about him or his methods until I was putting together the Negative Splits piece featuring Brandon Newbould. Coincidentally that was also included in the latest issue of Level Renner, so the timing couldn’t have been better. Anyway, that’s a good example of someone implementing Canova’s methods into their own training. There’s input from Dan Hocking is definitely worth reading, and there are also hyperlinks to even more information in the original Negative Splits piece that we couldn’t include in the magazine.

Anyway, back to the Running Times article, if you don’t get The Times you can see it here. It’s definitely worth a read. In doing more searches it seems there’s quite a bit of information out there on Canova.

As I’ve mentioned over and over again, I’ve been unable to run for some time now but should get clearance to soon. The time away has given me a moment or two to analyze my own training and look for ways to improve it. I’m eager to get back at it and implement a lot of what I read here. It just makes more sense to me than Lydiard’s approach and periodization. Not to say there’s nothing to it, because it’s clearly worked for many people. There were a few times that I tried to follow Lydiard’s plan but could never follow through. Maybe I just lacked the patience to do the base phase the right way? I’d like to say there was some intricate plan where I used (what I thought to be) the best of Lydiard’s and Canova’s approaches, but in reality it was more of an impulse-driven attempt at self-coaching that worked to varying degrees.

So now I throw it out to you , Level Legion. Has been training using Canova’s philosophy? Did anybody read the article feel the need to change what they were doing? Chime in on the comments below, of Facebook or on Twitter.

Speaking of which, have you liked our FB page? Are you following us on Twitter? Every click helps, even if you’re just doing it of sympathy. We’ll take it! Our goal is to hit 1,000 FB page likes and 500 twitter followers by the end of the year. We’re within striking distance of those goals, so thanks for all the support! 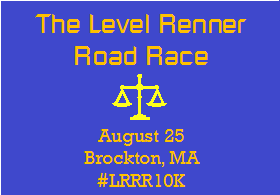