Chelanga Right At Home in NH

Sam Chelanga looked pretty solid on Saturday as he cruised to a 23:54.3 8k in winning the Dartmouth Invitational. Sam did not count in the scoring though. Will Geoghegan (Dartmouth) was the top collegiate runner and crossed the line merely seconds behind Chelanga. Will led the Dartmouth boys to a second place showing with his 23:57.6. The top team on the day was Syracuse, but it was pretty close. The top fourteen runners (not counting Chelanga) all hailed from either Syracuse or Dartmouth. Syracuse placed their top six in the first nine and edged out Dartmouth by 10 points (24 to 34).

Sam moved out to the Hanover, NH area on August first, citing family as the reason for the move. The Chelanga’s knew they wanted to head back east, but where exactly was up in the air. Sam’s buddy Ben True helped persuade him to come train with Ben and Mark Coogan. For now it was just a geographical move. As of this interview, Sam was still a member of the Oregon Track Club. In the interview below, Sam opens up a little more about the race, the move, training and whether or not he’s ready for a New England winter: 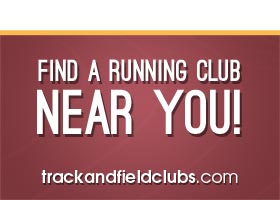