Level Legion was out in force once again, with renners going at it from as nearby as Franklin Park in Boston to the Marine Corps Marathon down in DC, and then even all the way over in Frankfurt, Germany.

Starting locally, there was the Mayor’s Cup XC races at Franklin Park. This featured quite a few races, including a couple of kids races. The main event however was the men’s and women’s championship races. These drew runners from all over and the competition was fierce. Details to come, lots on this one. 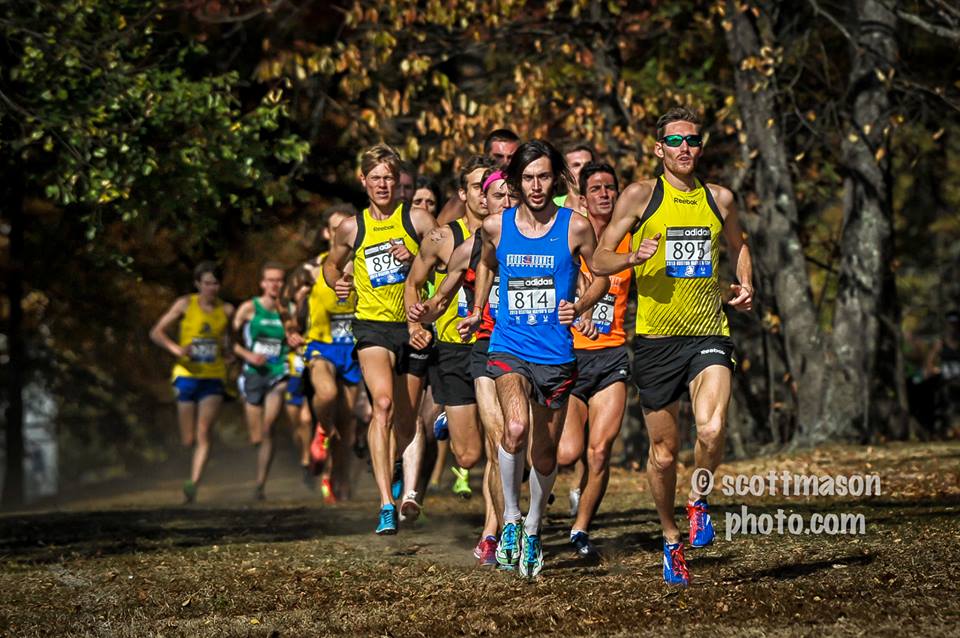 From the men’s 8k at Franklin Park, courtesy of Scott Mason Photo.

At Marine Corps, there were plenty of locals there. Perhaps we’ll hear from some of them on the experience. The winners were Girma Bedada (2:21:32) and Kelly Calway (2:42:16).

Over in Germany, local speedster Chris Barnicle made his marathon debut at the Frankfurt Marathon. Chris ran 2:21:58 (both netto and brutto, whatever that means). Not a bad debut, right? Chris came in 34th in the deep field, which included seven going under 2:10 and twenty-seven going under 2:20. Vincent Kipruto won it in 2:06:15 and most likely had to lean at the tape because Mark Kiptoo was right on his heels (2:06:16). Again, both times netto and brutto, in case you were wondering.

And before we get comments here pointing out the obvious, I do know what netto and brutoo mean. They just sounded like fun words to use here.

Barnicle Gears Up For Frankfurt

Chris Barnicle just recently finished 12th overall and was the third American at the BAA Half Marathon, running a 1:04:29 and attaining the 2016 Olympic Trials marathon ‘B’ standard. Chris currently lives in Mammoth Lakes, CA and competes for the prestigious Mammoth Track Club.

Before running for the professional club, Chris competed for Coach McDonnell at both the University of Arkansas (undergrad) and University of New Mexico (grad school). If we go back even further, we’d see that Chris got his start at Newton North High School in Newton, MA. Ah, another local runner making a splash on the national scene. With Chris in town for the big race, we got in touch with him for a quick interview. 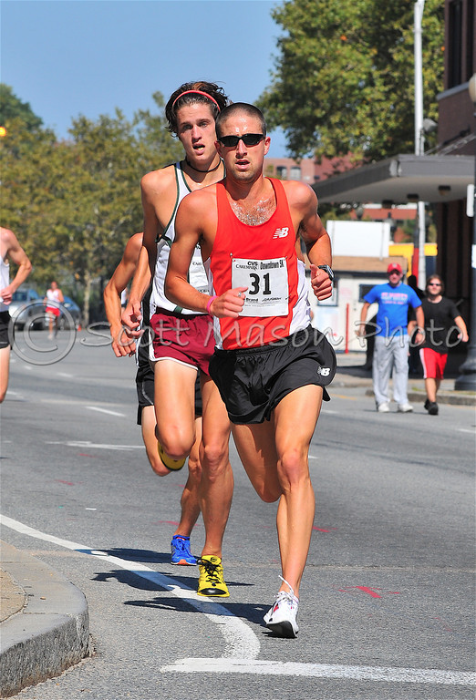 Chris lurks over an opponent’s shoulder at the CVS 5k back in ’08. Damn, we need to get more up to date photos. This one courtesy of Scott Mason Photo.

How had training been going and what was your PR coming into it?

My training had been going really well. I’m preparing for my first marathon and had a really good stretch where training was just perfect for a few weeks and my confidence was really high. But at the same time, I hadn’t really started a taper and was coming off a 110 mile week at 8,000 feet where I live in Mammoth Lakes, California and the Sunday before had hammered a 24 mile long run that was still in my legs a little bit on race day. My PR for the half marathon is 62:43 from the Philadelphia Rock and Roll in 2011, which is a blazing fast course compared to the BAA Half.

How did it feel to run so well on your home turf?

Coming back to Franklin Park to race for the first time since 2004 to race was incredible. The last time there was for the Class A Eastern Mass Cross Country Championships. The night before Boston got hit with a nearly a foot of snow and racing the next day in those conditions made things interesting for sure. My high school team, Newton North, came up with the win which gave us the confidence to win the next weekend at the state championship so coming in with that blissful memory made racing there even more enjoyable. With my legs a little tired from marathon training I didn’t know what to expect. It was a great moment when I came into White Stadium and the announcer told the crowd I was a Massachusetts Native. The crowd definitely carried me a little bit when they heard that which is always incredible.

How did the race progress for you?

Going into the race and knowing that my legs were a little tired and that the course was more challenging than other half marathons course I’ve raced on I just decided to go out on PR pace and hope my strength might carry me to the finish. Aaron Braun and I raced together clicking off about 4:45 pace through 7 or 8 miles. Around nine miles coming over some of the hills past Jamaica Pond the legs were definitely regretting those earlier quicker miles. I just did my best to hang on as much as possible after that. Coming back into Franklin Park Zoo my legs were really hurting. Some of the tight turns in there really stress the body after running 12 miles before, but I tried my best to keep strong and get to the finish. I’m still shocked out how fast Lelisa Desisa ran on that course. On a fast course I definitely feel like he could have challenged the world record.

How often do you come back to Boston to race?

I don’t come back home to Boston to race enough. Usually when I come home around Christmas time I jump in at least two BU mini meets. I’m not always in the best shape that time of year but the BU indoor track is faster than any other track in the country so it’s always fun to jump in a race there and see if the legs have any turnover. This coming April though I’ll be racing the Boston Marathon which is a dream I’ve had since I was fourteen and started running.

Coming up is the Frankfurt Marathon where I’ll make my debut at the distance. I’m going into the race with goals but also will walk away from the race with a new respect for the distance that I’ll carry with me to the 2014 Boston Marathon where I know the experience from Frankfurt will support me to a great performance back home in one of the most prestigious races in the world.