Some big names came out for the 38th running of the Holyoke St. Patrick’s Road Race, and they did not disappoint. Local speedster Zach Hine (of South Hadley, but currently located out in Boulder, CO) was back to defend his title. Zach had his work cut out for him right from the gun, as Philemon Terer was ready to avenge last year’s loss. Added to the mix this year was Alistair Cragg, a two time Olympian and Irish national record holder.

Hine led the way for the first couple of tactical miles. The front of the race thinned out pretty quickly and just after the first mile it was already down to a pack of four. Zach would hold that position through three miles, but Cragg and Terer were starting to pull away by the fourth mile.

With just about a mile to go, Cragg made a decisive move on a downhill and gained some separation on Terer. Terer was not able to cover it, and Cragg just seemed to glide in the rest of the way. Alistair ran 29:20 for the 10k, followed by Terer (29:25) and Hine (29:28). Hine actually ran nine seconds faster than he did en route to winning in 2012, but it was only good enough for a third place finish this time around.

In the women’s race, Olympian Amy Hastings was more of a clear favorite. The race was also missing that element of a reigning champ returning to defend the crown as last year’s champion Brielle Chabot was recovering from an injury and not competing. Amy ran a 33:32 and won by well over a minute (Colleen Hogan was 77 seconds back with a 34:49).

The masters race was won by Joseph Ekuom (32:55), followed by Eric Nedeau and Kent Lemme. For the ladies it was Dawn Roberts in 41:23, followed by Mary Guertin and Kim Handzel.

Below is a video including race footage taken from the back of one of the lead trucks, and an interview with Bob Rosen. Bob is quite involved in the running scene out in Amherst, and he and his family have become very close with Philemon Terer. Also included are the pre-race thoughts of Sam Alexander:

For more on the race, including results and summaries, visit the race website. 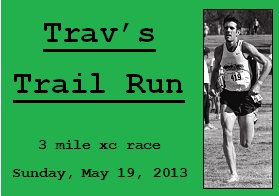