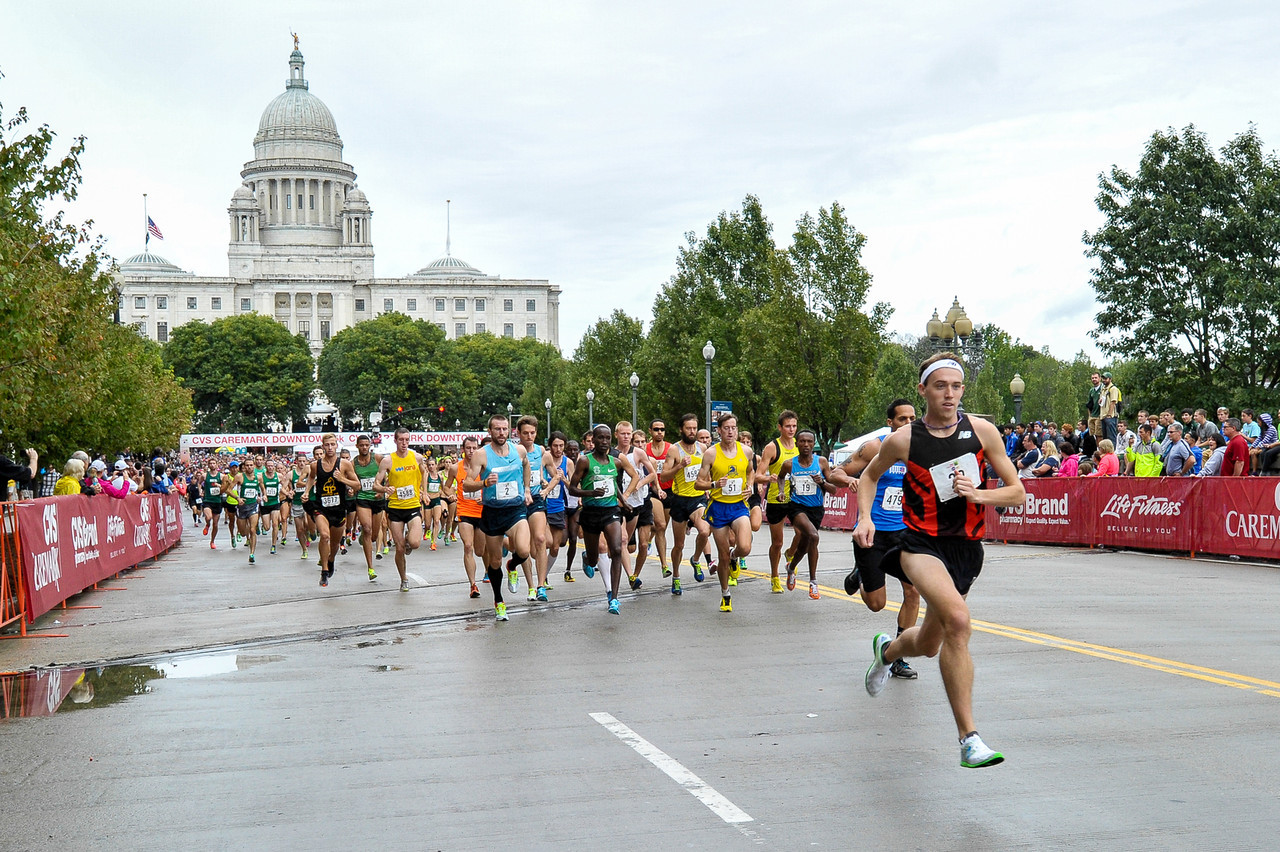 We’ve been fortunate enough to publish some interviews and features on Neely Spence Gracey in the past, but had never actually met her face to face before. Since the CVS Downtown 5k is right in our neck of the woods we had an opportunity to finally get a proper interview and didn’t pass up the chance.

Neely placed 5th in the race, which doubled once again as the US 5k championships. Although she ran a little slower than last year, it is much earlier in the season for her and she is quite pleased with her progression. Here’s an interview we did with her that covers just about everything from this race to her future racing plans to…singing and dancing. We cover it all.

I know many of you are clamoring for the Tim Ritchie/Pat Fullerton interview. It’s coming. Soon. We saved the best for last.

Once again, feature image on main page is credited to Scott Mason Photo.

Sam Chelanga is back on the Level, this time for a strong showing in his first big test since coming back from his stress fracture. Sam ran a 13:59 to place fifth overall and seemed to be right in contention until about a half mile to go. It was at that point where one runner decided to make a crazy move and collided with a couple of others.

When Sam started to recount his story, he mentioned it was a guy that shot out to the front right away. I didn’t catch it at the time when he said ‘Ethiopian’, and my mind immediately went to Pat Fullerton. From my vantage point on the hill all I could see was the start and finish and the last I saw of the runners heading out was Pat out in front by a few strides. Total case of mistaken identity. Pat’s early lead was nothing compared to the lead the guy in question here had through the first half of the race.

To see more of the race, including the late race shenanigans, you can go here. At about the eleven minute mark (as noted in the LRC thread), you can see the ridiculous move #19 made.

That “move” did look pretty bad and it was interesting to here Sam’s take on it. At the time I hadn’t seen it so I didn’t realize it was that bad. There’s contact in track, sure, but something to that extent would probably get you DQ’d. It takes a special lack of judgement to barrel into people like that out on the roads. Between the early race lead and the late race contact, it makes you wonder just what that guy’s strategy was.

Bumbalough Gets The W 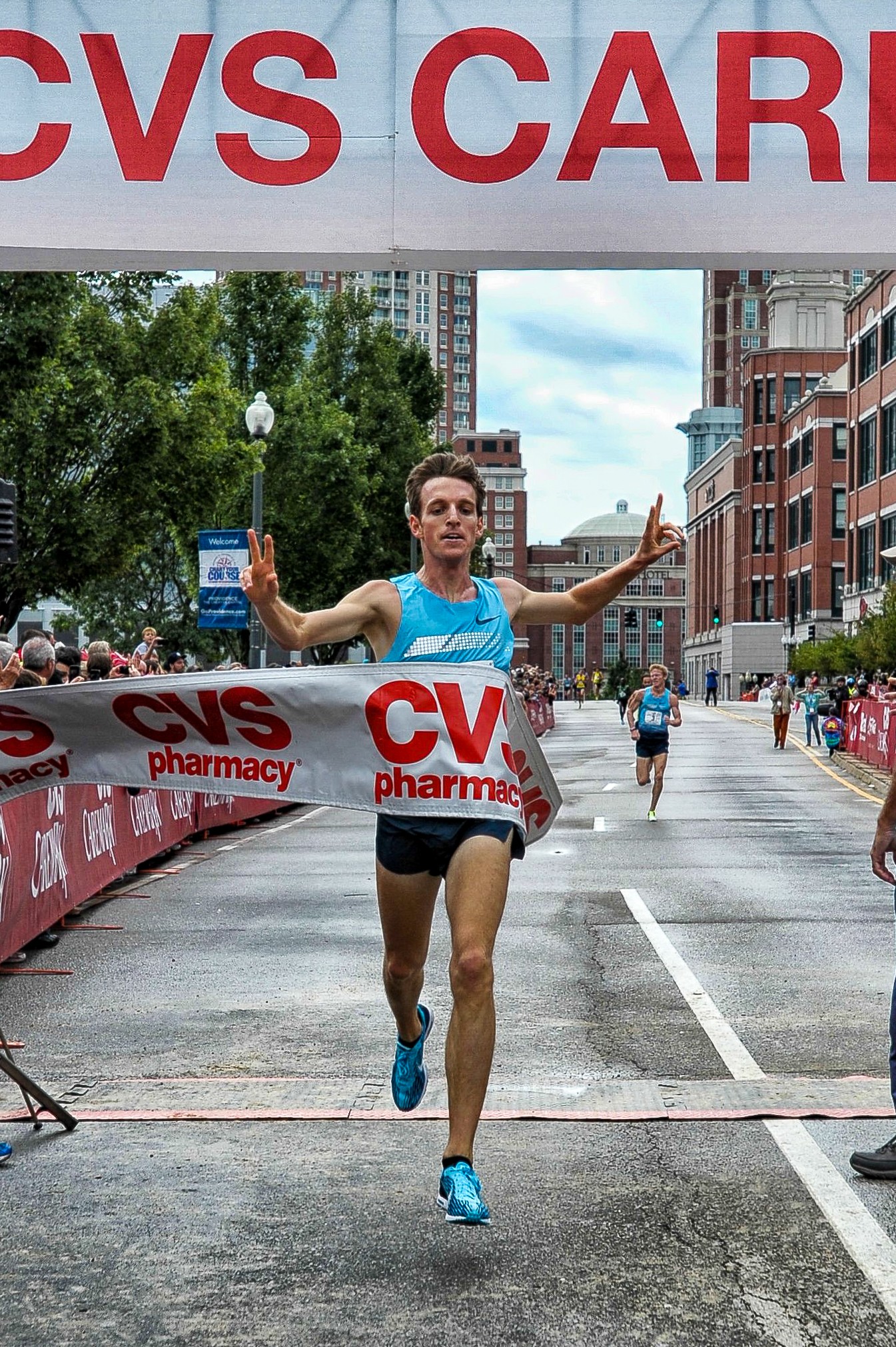 After just so narrowly losing out to Ben True in the final steps of the race last year, Andrew Bumbalough broke through with a tremendous surge coming over the hill to take the 2013 US 5k Championship. Andrew learned from his mistakes in 2012 and knew exactly when to make that final move in the CVS Downtown 5k.

Here’s an interview with Andrew just after the awards ceremony. At the time, I was unaware of the contact late in the race and it didn’t come up in the interview. After seeing the footage, I wish I knew of it because that would’ve made for an interesting discussion.

To see the full race video, you can go here. At about the eleven minute mark (as noted in the LRC thread), you can see the ridiculous move #19 made.
Tags: 5k, Andrew Bumbalough, CVS Downtown 5k, Road Racing, US 5k Championships 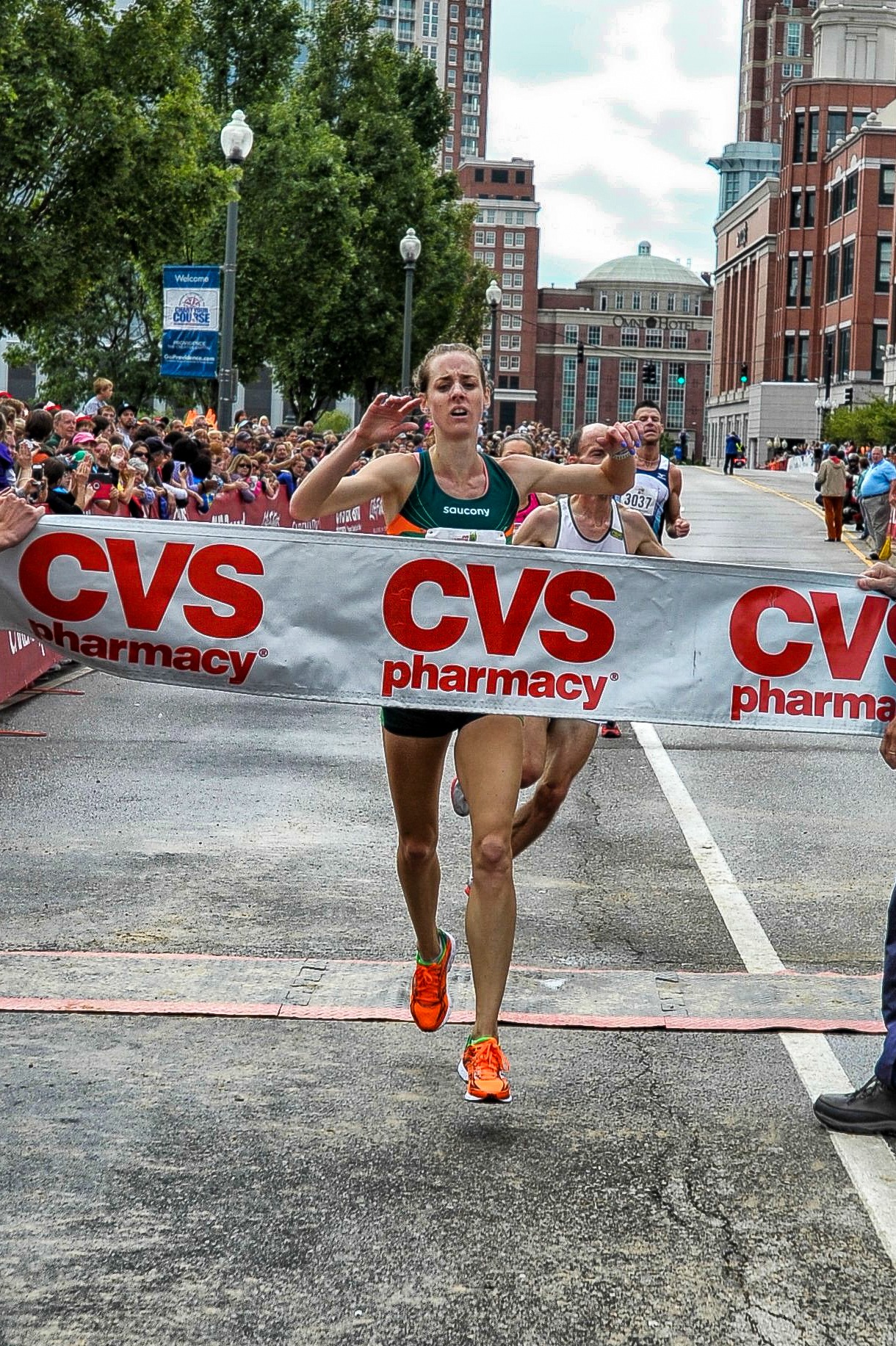 Molly Huddle out-kicked Emily Infeld to secure the repeat at the US 5k Championships. For Huddle, a Providence resident, this was her third win in four years. Infeld represented Molly’s toughest challenge yet over this current run of success in Providence. This was Emily’s first ever road race but you couldn’t tell from the fight she put up for the defending champion all the way to the finish.

Here’s an interview we did with Molly after the race, but before she headed over to the NE Distance karaoke fundraiser (of punk rock heavy metal style).