BOSTON – Four outstanding, female distance and middle distance runners have joined the Boston Athletic Association, the organization has announced. Elaina Balouris, Juliet Bottorff, and Emily Lipari completed their collegiate eligibility in June, and they will reside and train in Boston, representing the B.A.A.  These athletes will join Katie Matthews, another recent graduate who has been training and racing with the B.A.A. since the beginning of this year when she completed her collegiate eligibility.  All four women are part of the B.A.A.’s new high performance team and will be coached by the B.A.A.’s Terrence Mahon.

Three-time U.S. Olympian Jen Rhines (2000, Sydney, 10,000 meters; 2004, Athens, marathon; and 2008, Beijing, 5,000 meters) was the first athlete to become part of the high performance team when the B.A.A. announced the launch of the program last Autumn. She is among the most accomplished female distance runners in U.S. history.

“The objective of the B.A.A.’s high performance group of athletes is to support American runners on their way towards making international teams and to compete at the Olympic and world championship level,” said Mahon.  “Each of these talented women is capable of transitioning from a decorated U.S. collegiate career to a successful professional career, and we look forward to providing them with a complete infrastructure with which to meet this goal.”

adidas, the long-time sponsor of the Boston Athletic Association and B.A.A. events – including the Boston Marathon®, provides essential financial support and equipment for the B.A.A.’s high performance initiative.

The athletes announced will begin representing the B.A.A. immediately at races.

About the Boston Athletic Association and its high performance team:

Established in 1887, the B.A.A. is a non-profit organization committed to running and has played an integral role in the support and development of the sport throughout the United States since its inception. From fielding athletes who competed at the first modern Olympic Games in Athens in 1896 through the 118th Boston Marathon in April 2014 and the B.A.A. 10K last month, the pursuit of excellence in middle and long distance running has stood at the fore of the organization. 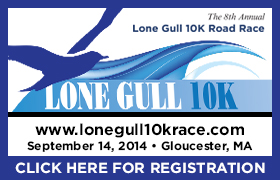