USATF-NE XC Championships were at Franklin Park last weekend, wrapping up the cross country grand prix series for the year. Like the Mayor’s Cup, this was a big draw and got teams from a  little further away to come and toe the line (Dirigo RC from Maine, CPTC from NYC, to name a couple). The races themselves were already recapped by Jim Dandeneau earlier this week, but we wanted to share a few more things with you on the event:

As many of you know already, Krissy Kozlosky was out there getting some great shots of the action: 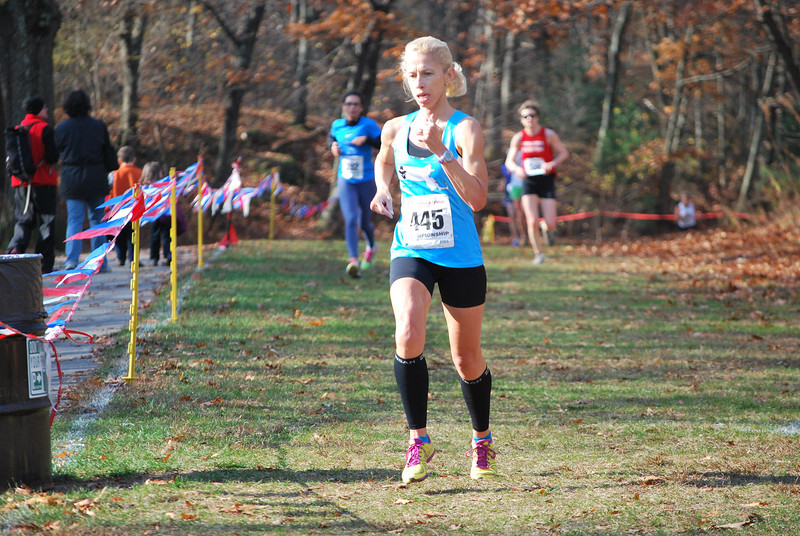 The Level Renner 10k was today, in case you haven’t heard. Yep, we finally ventured into the event arena and the results were spectacular. 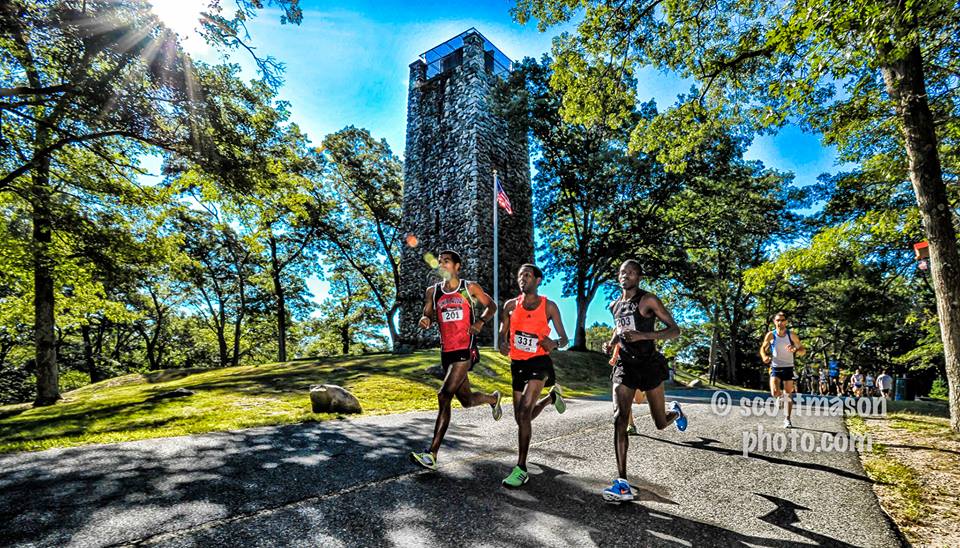 Speaking of results, they are already up in the usual spot. 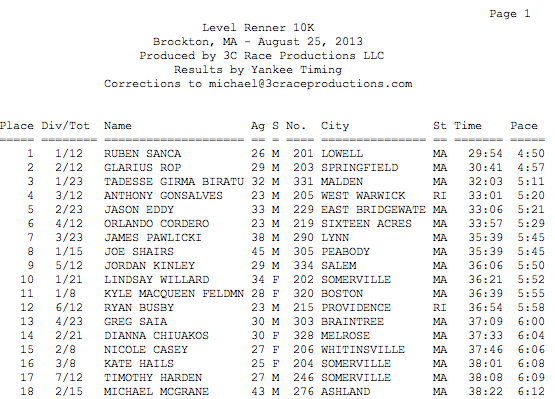 There’s just something about seeing your own results up that gets you all choked up inside… Okay, let’s reign it in here before it gets too emotional. If you weren’t out there or following along on Twitter, then here’s a taste of what’s to come. We had a ‘lone Wolf’ out there helping us out. He had EJN’s phone and was tweeting out our Vine covering (or is it Vining out our tweets?) while EJN was getting the race footage. First up is…the start, obviously:

Next we have the leaders coming through just past the two mile mark:

Finally it’s more of the leaders in the final push to the finish (before The Hill):

Ruben Sança crossed the line in the first ever Level 10k with a blistering 29:54. Lindsay Willard was the women’s champ and impressively broke into the top ten in this competitive field. More to come. Keep it here. Also, be sure to check in (and support) Scott Mason Photo and Krissy Kozlosky, who were out there battling the conditions to get top notch race photos. There are way too many people to thank for this one. For now, we’ll just give one big thank you to all the volunteers, sponsors, friends and family that made it all possible.

It might look like a slow couple of days due to the lack of action on the site, but we can assure that that is most certainly not the case. There is quite a bit to get out for you all to see, just not enough time. EJN was busy working the tent sale all day at the New England Running Company and wasn’t able to get to the site, although he did get to see some speedy runners come through.

The Greenbelt Run for the Hills 5k/10k was held earlier this morning, and several high placing finishers came strolling through the doors, including: Jim Pawlicki (2nd overall in the 10k, accompanied by Krissy Kozloski), Zack Schwartz (10k winner), and a young lady who placed second in the 10k (but we didn’t get a name…Kathryn Jinks then?). Star studded day at the store. Not to mention store GM Wes Lassen, who came in 2nd in the 5k. We didn’t cover the race, but the race seemed to come to us.

To make up for this weak race coverage, please enjoy this pic tweeted out by Muddy, featuring Greg Hammett and the catch of the day. We also must note that Greg is quite a sharp dresser.

@levelrenner Greg Hammett keeps it on the level when running AND slaying striped bass pic.twitter.com/25QnN1zGFC

Amherst 10 Miler: Reilly RUNs Away With It

See what I did there? If not, don’t worry. It’ll make sense soon enough. Steph Reilly (Bryant University coach and 2012 Olympian) led her Team RUN teammates to victory in the first grand prix race of the season this past Sunday in Amherst. Steph won the Jones 10 miler in 58:40, almost four minutes ahead of runner-up (and defending series co-champ) Helen Dinan of Whirlaway (results here). 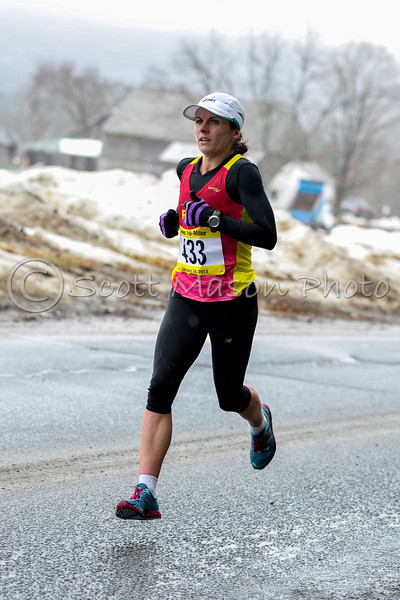 Steph in control in Amherst. Courtesy of Scott Mason Photography.

The Whirlaway women were second, followed by NBB (Steph’s old team). With a quick analysis you can see that Steph’s move to a new team really impacted the standings in this first meet of the series. Score her for NBB and that team takes the title while Team RUN slides down the list. It’s a move that didn’t get as much attention as, say, Ruben Sança going from GBTC to Whirlaway, but it’ll have just as much of an impact on the standings (if not more).

How did it go and what did you think of the conditions?

This was my first time running the race. It is a very difficult and challenging course. The hill around three miles didn’t bother me as much as the dirt road. I struggled on that portion quite a lot. With the weather it became very muddy and I couldn’t get going on it. So that was frustrating. I finally was able to run steady once we hit pavement again, and was starting to pick up momentum until the last mile, which was uphill and difficult. This set me back a little again. Overall it was a good hard effort, and although I would have liked to run a lot quicker I was happy enough with the win and result considering the conditions. The race was very well organized and I am sure they were pleased that the race went off at all with the predicted weather. 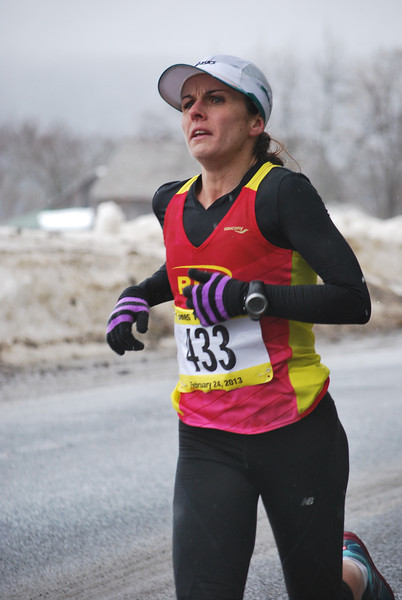 Last year you raced for New Balance Boston (NBB) and now RUN. You mentioned something about a new team (in a Facebook post), but could you elaborate on that? Is it the first women’s team for RUN or is this separate from the men’s team that has been competing on the circuit?

Yes I am now running for Team RUN again. I ran for them before I switched to NBB a few years ago, and decided to go back. It isn’t really a new team. There has always been a women’s team version but we have never really been able to get teams out for all the series races in the past. After I decided to go back to Mark and RUN we decided to get a team together and make it good. We had a nice opener. It is very early stages though, but we are excited and looking forward to the rest of the grand prix series races.

Is your focus still on the track? So far you’ve won a 16 and a 10 miler on the roads this year.

My focus this winter is more about putting in the best base I have ever been able to do, and get really strong, and see where it gets me. I hope it translates into fast times and PRs on the roads and track this spring and summer. I am planning on doing a lot of the grand prix series this year provided all goes well. I like having a good goal and challenge, and this is something different for me. The last few years have been really focused on track championships.

In the masters race, Christin Doneski won with a 65:32 and led her fellow Whirlaway teammates to victory as well. 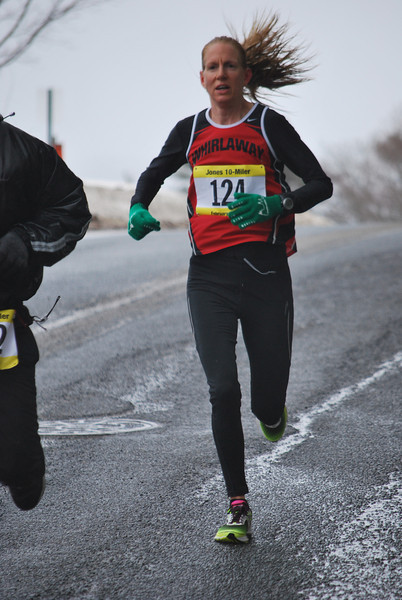 Christin in action later in the race, courtesy of Krissy Kozlosky.

Be sure to also check out the amazing race photography from both Scott Mason Photography and Krissy Kozlosky.

Different singlet, craptastic weather, same results. Kevin Johnson of the Western Mass Distance Project (aka WMDP, the Wolfpack) repeated in Amherst. This time he was wearing the powder blue WMDP singlet whereas last year he was rockin’ the GBTC red. In fact, Kevin was our very first post-race athlete interview. Check it out here. It’s only a year old, but it looks so much older just because he’s sporting that red jersey. 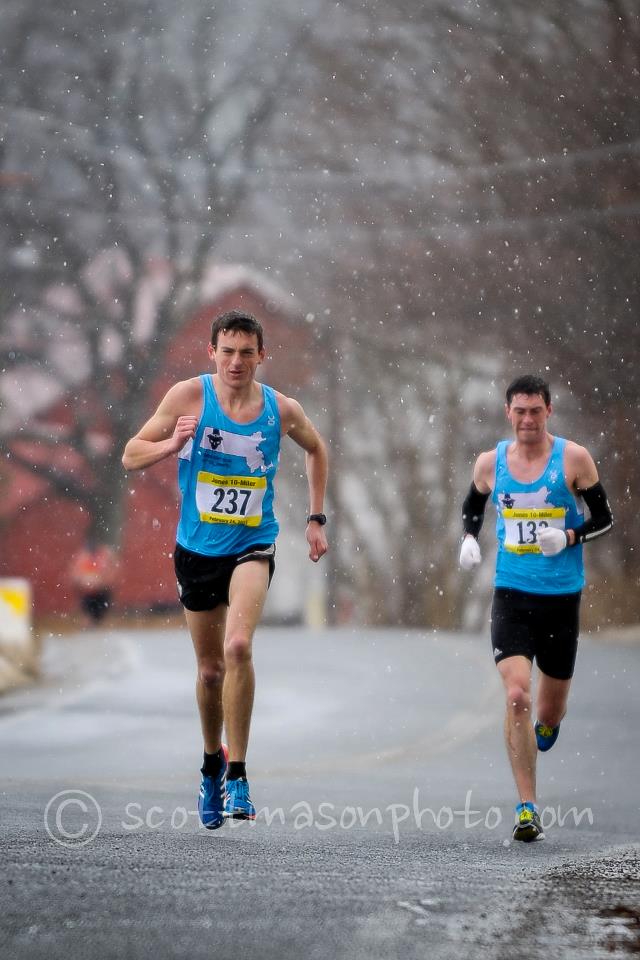 That was a pretty fast time for those conditions, how’s training been going?

It was an interesting day for sure. Training has been going well and I have been fortunate that this winter weather has been gentle for this young fella living at the foothills of the White Mountains. Our Coach, Mike Gauvin, drew up a plan that was focused on getting some strength in our legs for these hilly races (Amherst and New Bedford) before getting ready for the shorter faster stuff later in the spring. . . so I have just been following that. Basically, a good number of hilly tempos with some more volume.

Rumor has it you had to stop twice during the race and you still won. Is that true? How much time do you think you lost?

I did unfortunately stop twice during the race due to intestinal distress likely caused by some Moroccan food the night before. I am not sure how much time I lost, but it was probably on the order of 30 seconds or so. Not my finest hour (or 51:40 for that matter), but it was life experience gained and lessons learned.

What are you gearing up for now?

I am currently gearing up for a healthy season where I try to race often in March/April/May/June. No race in particular, but I want to throw down some faster races as I have gotten away from those over the past year. Injuries seem to be apart of the sport and those lucky enough to string together months of consistent training tend to PR. So I guess right now the goal is just the process of training.

Wolfpack came out howling on their home course. is this a sign of things to come for the rest of the year?

WMDP is gearing up for a competitive 2013 campaign and we hope that the performances Sunday will help draw the best runners from the other squads so that we can really put our team to the test. Obviously, a team like BAA is incredibly talented and it would be nice to see if we could compete with a semi-loaded BAA squad out on the GPS or in a road/track 5k/10k (clearly a full BAA squad trumps any team in the region).

As you might have surmised from that last response, the Wolfpack emerged from the fray victorious on Sunday. There’s a great write up on the WMDP team site about the race, here’s a funny excerpt from it:

“Johnson’s win was under attack by some stomach issues as he was inspired by a LetsRun thread about Hicham El Guerrouj to eat copious amounts of Moroccan food the night before the race, causing The People’s Champion to take a pit stop at 5.5 miles and again at 7 miles.  His 7th mile conference call with nature was observed by all harriers within 3 minutes, which was initially perceived as taunting.”

Check out the rest, it’s worth the read. The 2012 USATF-NE C0-Club of the Year drew first blood in 2013. We’ll have to wait a few weeks to see who’s going to respond to it. Be sure to also check out the amazing race photography from both Scott Mason Photography and Krissy Kozlosky. 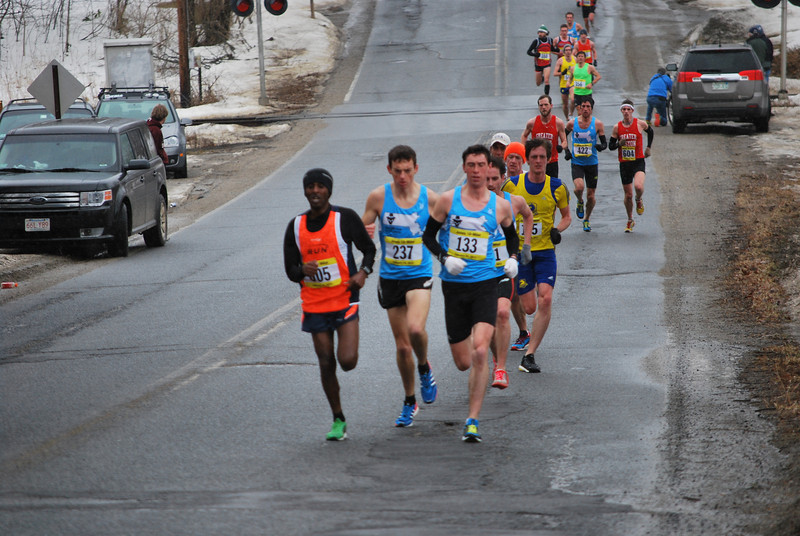 In the masters race, Joe Navas led the way. While he was injured and relegated to only interviewing the winners last year, this year he came out swinging. Said Joe:

“What a great day at the DH Jones 10 Miler in Amherst. Last year, I was watching this race from the sidelines with much of our Masters team. This year was a different story and a total, snowy, slushy blast! Great to see everyone out there today. Tough runners, these New Englanders.”

Okay, he doesn’t really talk like that. It was something he posted on Facebook but seemed appropriate to add to this piece. 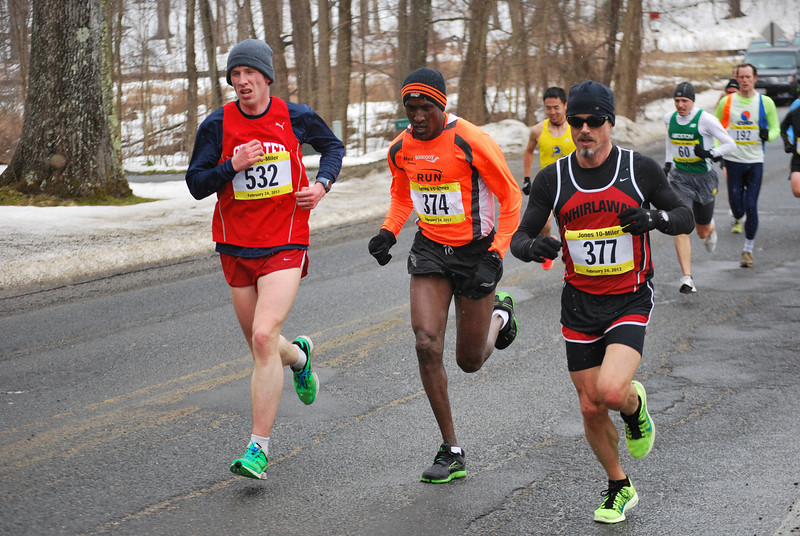