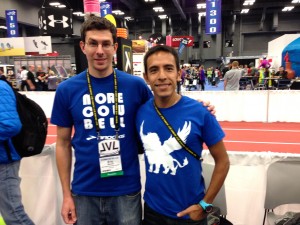 Meet the ‘Lydiard of Today’

Apr. 08 Articles, Get Involved no comments
You are invited to a unique speaking event. Xaviour & Jennifer Walker have been able to bring Barry Magee (Olympic marathon medalist 1960) from New Zealand to speak to runners and coaches before the Boston marathon.
One of the original Arthur Lydiard trained athletes, Magee is considered the ‘Lydiard of today’ and has coached many successful runners in his more than 40 years of coaching.WHEN: Friday April 18th, 7pmWHERE: PUMA international, one Congress street, suite 110Cost: Free
Additional details and RSVP instructions below. 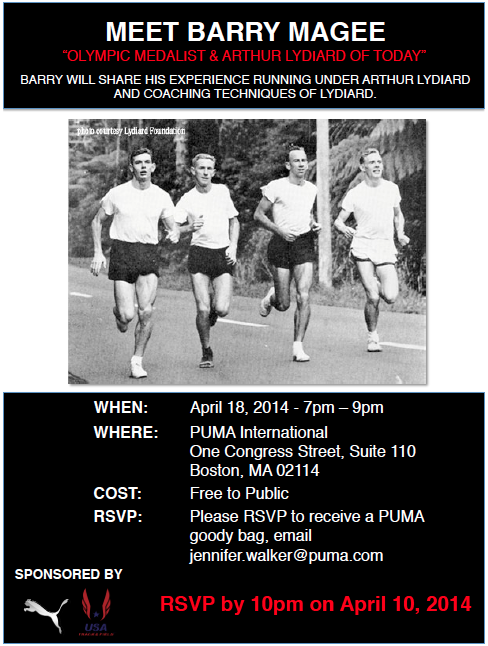 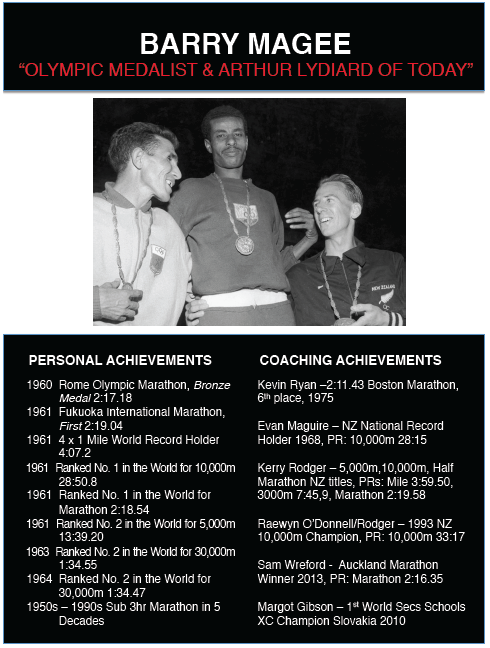