The Real Truth about Running

This article by Ray Charbonneau originally appeared in our March/April 2013 magazine issue.

Note to our regular Level Renner readers: You may find this article interesting, but it’s not for you. It’s for that friend, lover, relative, co-worker, or other person who sees you running and is thinking about trying it himself. Print this out and pass it on – it could save them (and you) some headaches.

So you’ve heard about the wonders of running and decided to give it a try. You may have even bought a pair of running shoes. But the runner’s life isn’t all glowing health and tight buns. There are a few things you ought to know before it’s too late.

Running can be hard, but starting to run? That’s even harder. A “Couch to 5K” or “8 Weeks to Becoming a Runner” plan may sound easy on paper, but those first few weeks will be some of the most difficult running you’ll ever do. You should give it a few months, until you develop a routine and start to get fit, before deciding whether running really is the sport for you. Maybe by then you won’t be miserable every time you go out.

Most of the time, the weather sucks. It’s either too hot or too cold. Actually, now (March to May) is probably the best time to begin. Sure it’s cold and damp out, but if you start any earlier, you’re out there in the dark all bundled up and running through slush. Any later and it’s 80 degrees or more with 85 percent humidity, and you’re fighting heat stroke with every step.

Running isn’t a magic weight-loss tool. You still need to manage your diet. An extra snack after a run can kill all the weight-loss benefits. One bagel with cream cheese is about 4 miles worth of calories. A few beers after your local 5k pub run and you’re actually gaining weight. If you want to keep eating those Big Macs, you better start thinking about marathons.

Running takes less gear than most sports. Only swimming takes less, but swimming requires a body of water, which most of us can’t fit in the closet. But you’ll still want stuff, expensive stuff, unless you want to end every run soggy and raw from chaffing. And all that stuff needs to be washed. Unless you start doing laundry much more frequently, both you and your house will always smell like a moldy old shoe.

If you ever sign up for a race, you won’t win. OK, a few of you might – somebody has to – but only one person wins any race, a few more if you count age groups and similar spread-the-wealth consolation prizes. Sheer numbers say YOU won’t be the lucky one. The rest of us have to find some other reason to keep running.

You will get hurt. If you’re lucky, it’ll be an injury you can fight through, struggling against the pain with every step. If you’re not, you might end up dragging yourself around on crutches for six months, or even worse, find yourself permanently back on the couch, TV remote in one hand and a fistful of Doritos in the other, bemoaning the fate that keeps you from your daily run.

Worst of all, in spite of all these truths, you might somehow manage to make it past the first few months and turn running into a habit. If you do, you’ll probably want more. A half hour to 45 minutes three of four days a week turns into an hour or more before or after work every day and three hours or more on weekends. Any time left over is spent stretching, cross-training, and shopping for new gear. Your friends and family will wonder if they’ll ever see you again, before giving up and leaving you to your addiction. You’ll find new friends, but only among people who run at your pace. Your conversations will all revolve around the next race or your latest injury. You dream about making the cover of Level Renner, and seethe with jealousy because you know that you’ll never be fast enough. [Editor’s Note: who makes our cover is unpredictable and anyone who is working hard has a chance.]

And then you’ll start to get old. No matter how hard you work, your times will get slower and slower. Injuries will occur even more frequently, as impossible as that may seem. Exercise is supposed to keep you younger longer, but all it really does is put you closer in tune with your body so when you start to go you’re acutely aware of every lost second and every new ache. The deterioration doesn’t stop until everything stops – you can’t get much slower than dead. At least then we’re all finally the same speed.

All these things are true, yet millions of people run regularly. Those of us who keep going don’t do it for rational reasons. We do it because we have to. It’s a burden, one we bear stoically, while grimly grinding out our daily mileage. Are you one of us?

There. That should lower their expectations. If they start running after reading that, it should make them appreciate the slightest bit of fun, and hopefully keep them from complaining to you about every little difficulty. You’re welcome.

Believe it or not, Ray Charbonneau actually enjoyed training for the Cape Cod Marathon (for the most part). You can check out is collection of books at y42k.com. 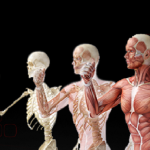 What Biomechanical Error is Holding You Back?