Sports in India – Local and Mainstream Options for Fans to Enjoy

Sports have been a significant form of entertainment and exercise for centuries in India. Some have even defined the intrinsic nature of its culture throughout history. While there are a lot of games this country has shown love for, there are also some sports in India that are lesser-known and more unique to particular regions.

India is one of the places that has many interesting local sports and events related to them, as well as some of the more mainstream ones. To give you a better idea of what is and isn’t popular here, we thought we’d take a closer look at the world of sports in India and see what is pleasing crowds right now.

What Types of Original Games Are There in India? 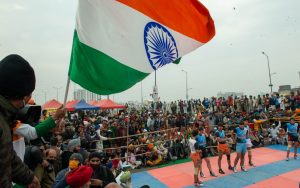 Alongside some of the more internationally recognised options like soccer and badminton, there are also several which originate from tribal games. In general, these aren’t quite as well known elsewhere and are mostly played within their own countries of origin. An excellent example of this is kabaddi – one of India’s most loved sports that’s pretty much unheard of in other parts of the world. There are two teams of seven players in this game.  The game’s goal is for the player on offence to tag out as many of the other team’s defender players on their half of the court. After that, they need to run back to their side of the court without being tackled.

If you’ve never looked into this side of India, you’re likely to find that there are some great other games to check out. A few more examples of leading traditional Indian games include:

Kho-kho. A simple run and touch game, kho-kho is popular and widely played by people of all ages across India

Mallakhamb. This challenge requires gymnasts to perform feats and poses while balancing on a rope or vertical wooden pole

Vallamkali. Held on the occasion of Onam, this famous boat race is one of the main attractions held in Kerala

There are several more out there that you should look into if you’re interested in the unique world of sports in India. These are just four local activities that you might find intriguing.

What Are the Leading Better-Known Sports in India?

You will likely come across quite a few internationally recognised sports in India. It’s no doubt that the most mainstream are:

Cricket easily takes first place for the most favoured athletic event in India, while also having a place in the hearts of fans in many other countries. It was first introduced in India during British rule, and since then it has become an important part of the country’s history and tradition. The Indian Premier League is the most-attended cricket league in the world. In 2019, the IPL had a brand value of over 4.7 billion pounds.

Consider that alongside the fact that the country’s national cricket team have won the 1983 and 2011 Cricket World Cups and you’ll see why it attracts so much attention. Cricket is also a highly popular option for fans to place bets on top betting sites in India. It’s believed that at least 50% of the population of India tune in to cricket matches every year, with the Indian Premier League having over 362 million viewers.

Many consider field hockey to be the national game of India. As you can probably imagine, it hasn’t earned this title without good reason, especially considering the popularity of cricket nationwide. The Hockey India League (HIL) is certainly one of the most followed major sports leagues in the country and is currently contested by 6 teams. Each of them plays 10 games over a 2-month season which is followed by the play-offs.

Another game that was introduced during British rule was football. Although Indian football players haven’t seen quite as much success as cricket teams in terms of global notoriety. They also never participated in the world cup. Still, even without international success, it’s still well-liked in India.

The ISL (Indian Super League) and I-League represent the country’s highest level of competition and are both widely celebrated among the population.

As mentioned earlier, kabaddi is undoubtedly one of the country’s most beloved games – but just how famous is it? A good example is the Pro Kabaddi League (PKL), which was launched in 2014. It has seen a lot of success in terms of ratings and its inaugural season had around 435 million TV viewers. To sweeten the deal, it’s only been growing since then.

It’s becoming so renowned that the Pro Kabaddi League actually attracted more Indian viewers than the last Football World Cup! There’s also the fact that Kabaddi has been getting a little more recognition and interest outside of the country in more recent years, which only goes to show that it’s here to stay.

One of the most-watched sports in India is also wrestling. There are several reasons why these matches in particular have gained traction over the years. One of the main ones being that there are a lot of kids and teens that closely follow it. This is probably due to big names like The Great Khali in the WWE, or the movie Dangal which is based on the true story of the Indian wrestler Geeta Phogat.

Kushti is a more preferred form of wrestling for exercise, and it’s touted as one of the best activities to both build and maintain physique.

There are many other sports that are sought-after in India. Many more than just the five listed above, in fact. To give you a broader idea of which games are gaining in popularity now, we thought we’d quickly mention just a few more examples.

The history and facts about recreational activities is certainly an interesting topic for many individuals. There are just so many great and original sports worldwide that you may never even have heard of.

After reading about a few of the popular sports in India, we’re sure you’ll agree that there are plenty of unique ones to be discovered. From a notorious sport like cricket to a more localised game like kabaddi, there are many options for both spectators and players to enjoy.

2 Articles, How to Trade With Bitcoin? – Crucial Points to Consider
« Previous Story

USATF-NE President Writes a Letter to the Board