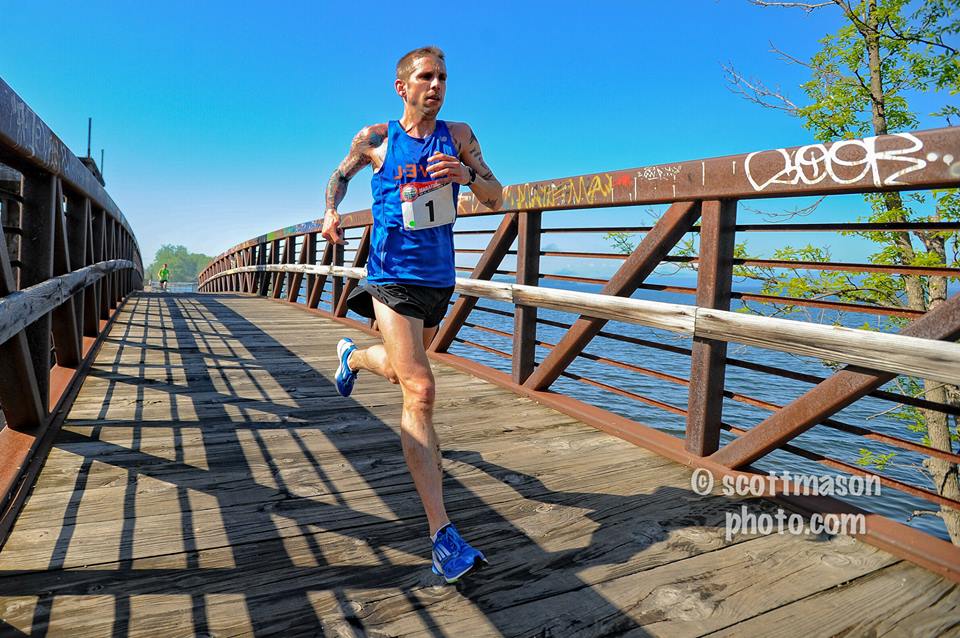 Matt Pelletier, looking sharp in the Level singlet and on his way to a 2:25. Courtesy of Scott Mason Photo.

There’s a lot to talk about still from the Vermont City Marathon. Doing more posts on it also just gives us another chance to share some of Scott Mason’s amazing work from the event. That being said, here are some quick notes on finish results from the VCM: 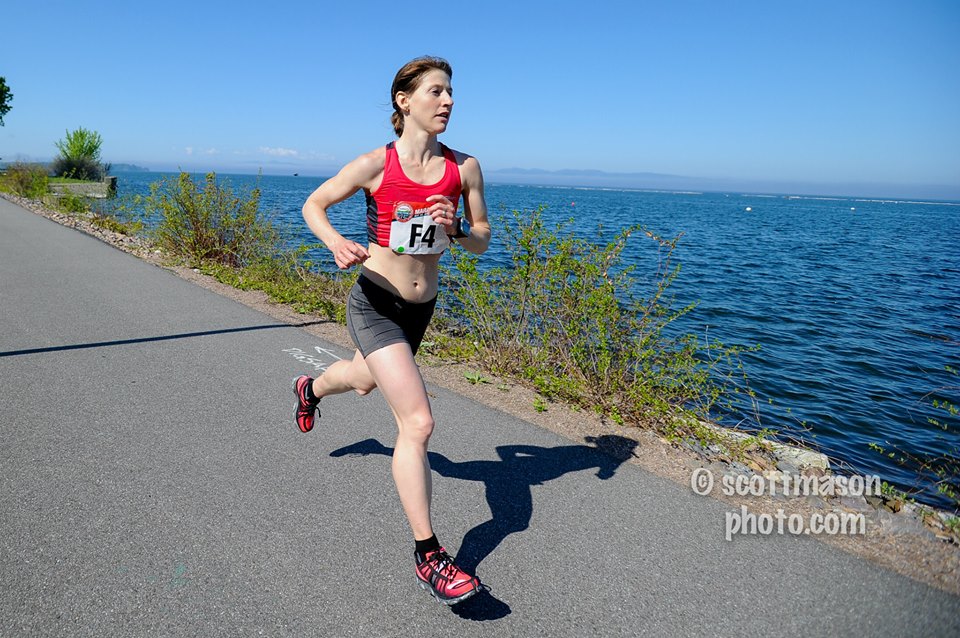 The race also served as a regional championship. Here’s the release direct from the VCM:

After many years of serving as the Road Runners Club Of America’s Vermont State Championship, we were honored when our regional rep Mark Grandonico informed us that for 2014 the RRCA had selected the KeyBank Vermont City Marathon to be the Eastern Region Championship at the marathon distance. This honor is a testament to the effort our Race Committee and volunteers have put in over the last 26 years to produce a race that embodies excellence in every area. We are proud to announce the following 8 runners as your 2014 RRCA Eastern Region Marathon Champions:

Speaking of Mike Wardian, we received a statement direct from the 2014 Masters Champion: 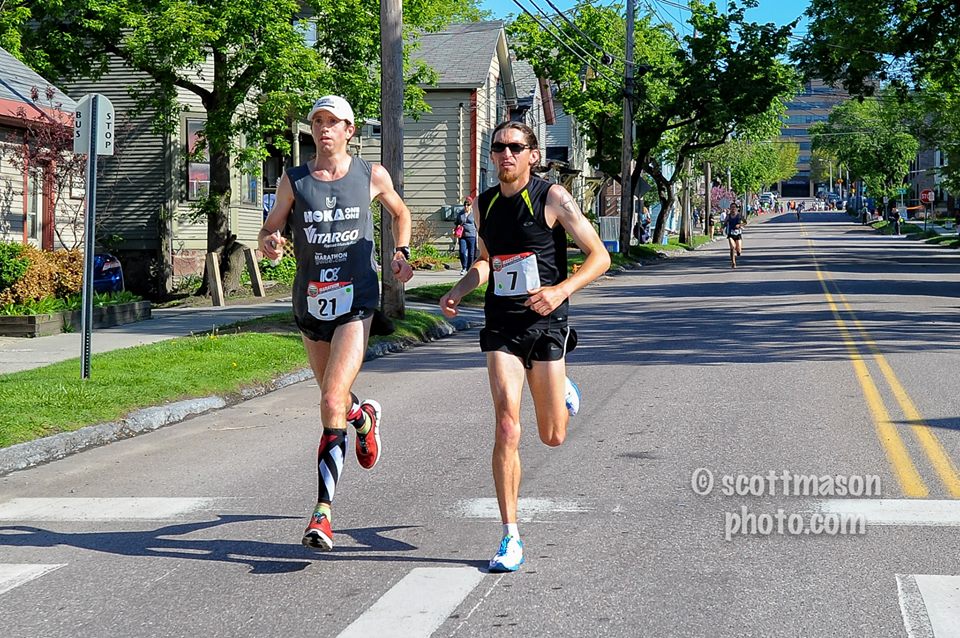 Mike Wardian (L) and Will Sanders (R) match each other stride for stride, both on their way to top ten finishes. Courtesy of Scott Mason Photo.

The Vermont City Marathon is a must do and a race that I always try and have on my calendar. This year I was looking for the win but came in 6th overall however I won the Masters Race. I pushed from the gun but was careful with the warm conditions and that meant I was able to work my way through the field as the miles wore on. I plan on improving my turn over and aiming for that victory next time.

Can’t thank the race organizers, volunteers and spectators as would have been possible with them. 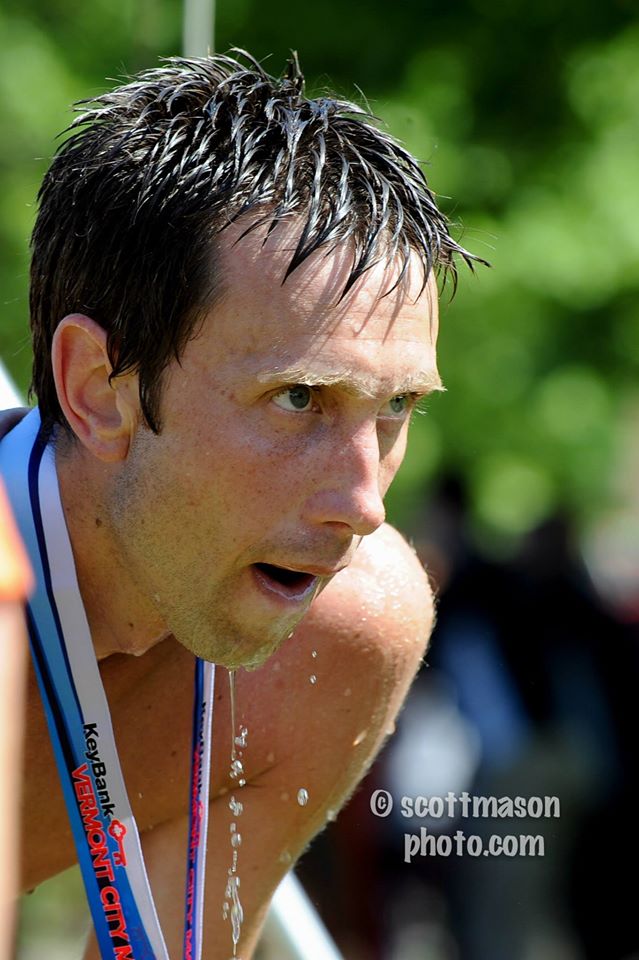 The guy is a machine! It’s amazing what he can do, seemingly without ever taking a break. While we were getting quotes, we had to check in with Josh Ferenc. His response?

Followed a few hours later by:

Fight Club did come into mind as I was hit with reality and my prior plan to run smart disintegrated. Once I was out there I committed myself to slave all I had.

His responses aren’t usually that abstract, so once we received the first part we knew there would be more to follow. Couldn’t help but notice the tense change from present to past in the first one, which gave us a clue as to the status of Robert and how Josh’s race unfolded. RIP, Robert Paulson. Although it was a tough one, kudos to Josh for gutting it out and nailing down a new PR of 2:29:56.

Thanks to Jess Cover and the VCM for contributing to this piece.