World XC Championships were held this morning in Poland. For those up early enough (and remembered) to catch it, it was a heck of a day for the USA. It also was on ridiculous course, according to Letsrun:

“The course consists of repeated 1,950-meter loops, but think of the overall shape as more of a narrow rectangle that the runners constantly snake through with very few straight portions or wide rounded turns. As the runners come back to the start there is a huge very steep hill off the rectangle, that the runners go up and down each time (there was a rope lift towing skiers to the top of an adjacent hill of the same height). From the bottom of the steep hill, it’s less than a quarter to the finish.”

Exciting, right? That does sound so much better than a road or track race.

The women ran first, and Neely Spence Gracey finished 13th overall and as the top American. As a unit, the American ladies placed an impressive fourth. 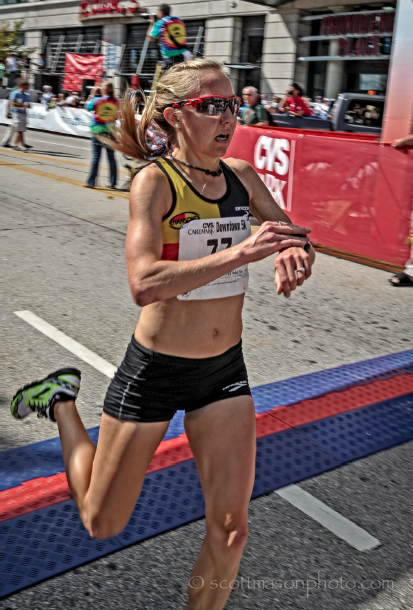 Neely at the 2012 CVS Downtown 5k (courtesy of Scott Mason)

They set the bar high, but the men accepted that challenge and came through with a huge performance of their own. The US narrowly edged Kenya by two points to come in second overall. Ben True led the way with an incredible sixth place finish in the sloppy conditions.

Did you watch the race? What did you think?

Side note: the top finishers for the US have both been featured prominently on Level Renner. Coincidence? Not likely. The Level is the media equivalent of high altitude training…we’ll take you to the next level.